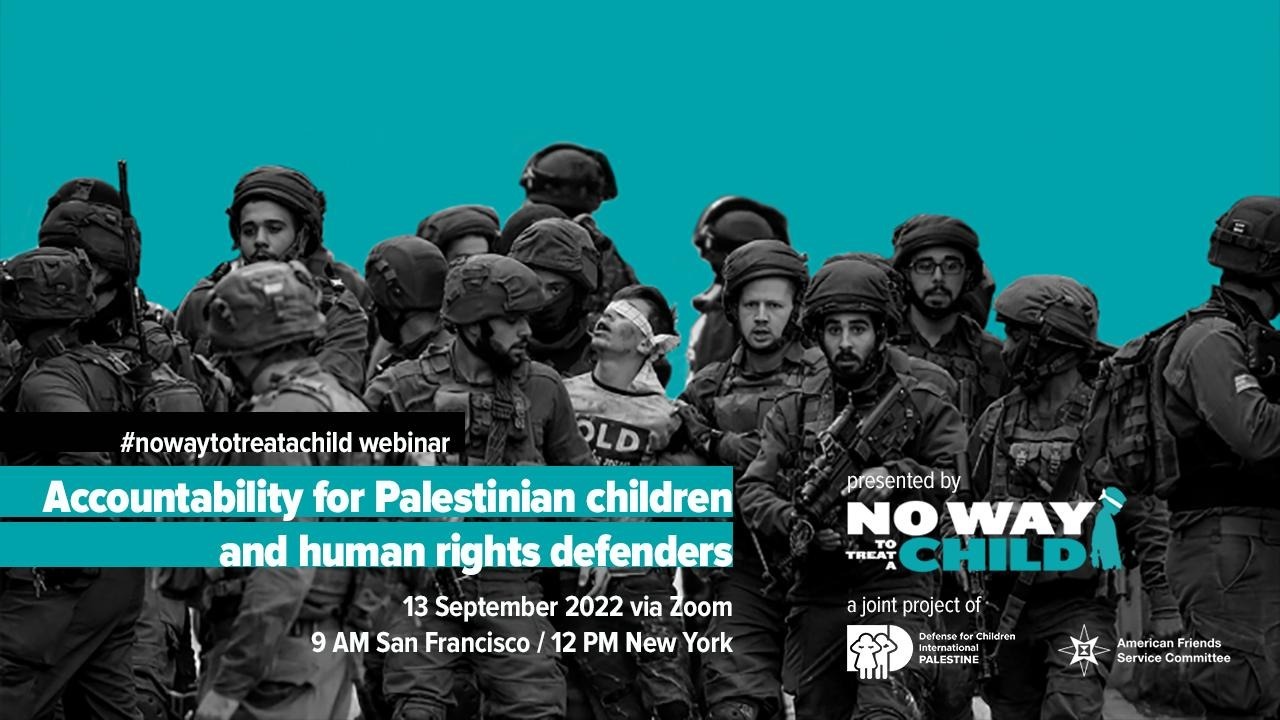 This webinar will discuss how you can advocate for accountability for both Palestinian children, especially those injured and killed in Gaza, as well as the Palestinian human rights defenders standing up for them.