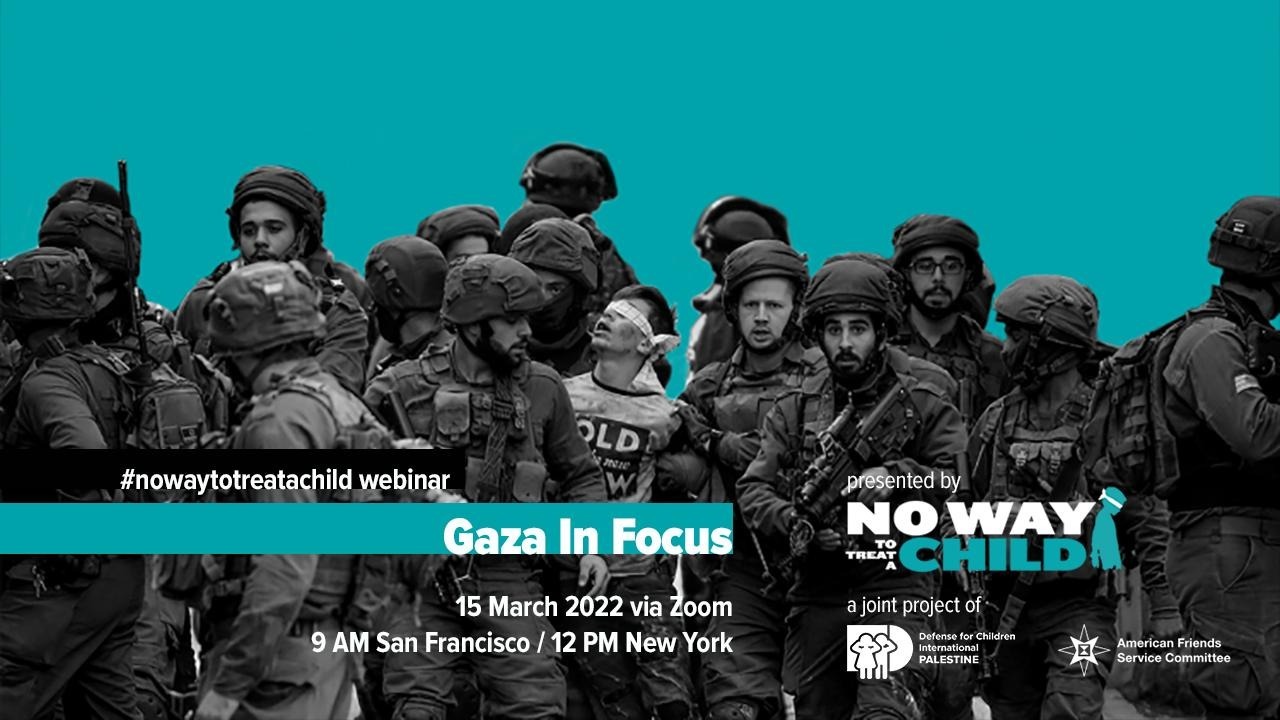 Please join #nowaytotreatachild campaign co-leaders from Defense for Children International - Palestine and American Friends Service Committee for a webinar on March 15 at 12 p.m. Eastern / 9 a.m. Pacific time. We will be focusing on the experiences of Palestinians in Gaza during this webinar, reflecting on the Great March of Return and the May 2021 Israeli military offensive on the Gaza Strip. We'll debunk opposition talking points, learn some of the history of Gaza, and hear from AFSC and DCIP staff in Gaza on what it's like to protect human rights while living under Israeli military occupation and the closure of the Gaza Strip.