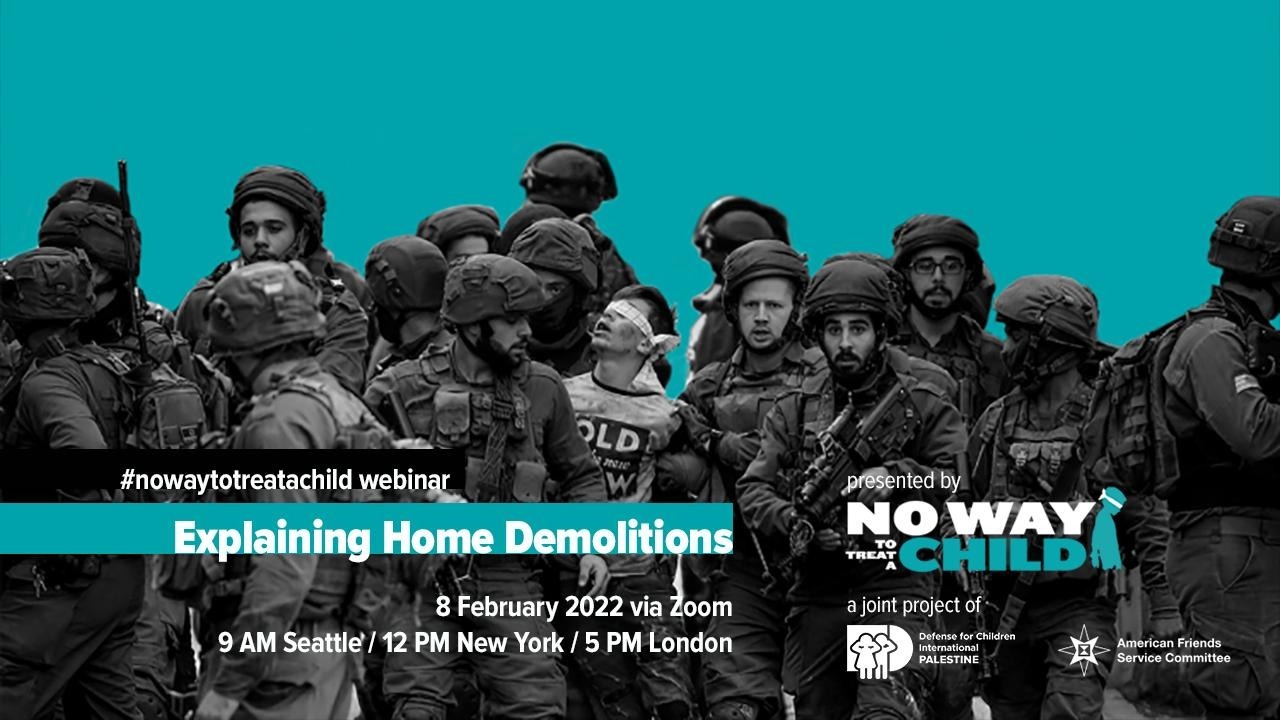 Please join #nowaytotreatachild campaign co-leaders from Defense for Children International - Palestine and American Friends Service Committee for a webinar on February 8 at 12 p.m. Eastern / 9 a.m. Pacific time. We will discuss the Israeli planning regime and how Palestinian families in areas like East Jerusalem and the Jordan Valley regularly face threats of home and school demolitions at the hands of Israeli authorities. We will also practice debunking opposition talking points specific to the issue of home demolitions and forced expulsions.