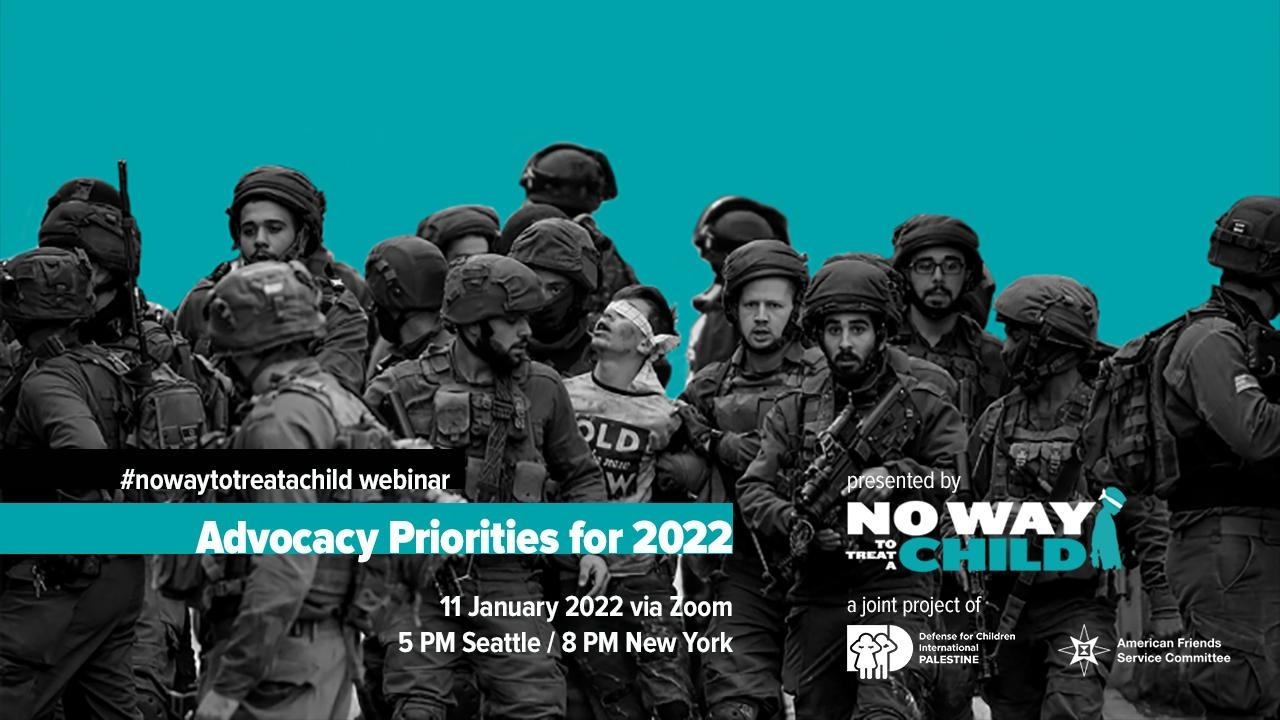 Please join #nowaytotreatachild campaign co-leaders from Defense for Children International - Palestine and American Friends Service Committee for a webinar on January 11 at 8 p.m. Eastern / 5 p.m. Pacific time. We will share latest updates on U.S. congressional advocacy for Palestinian children's rights and priorities for advocacy this year, including the 2022 elections. We'll end with a debunking exercise to help you become more confident in discussing Palestinian human rights.