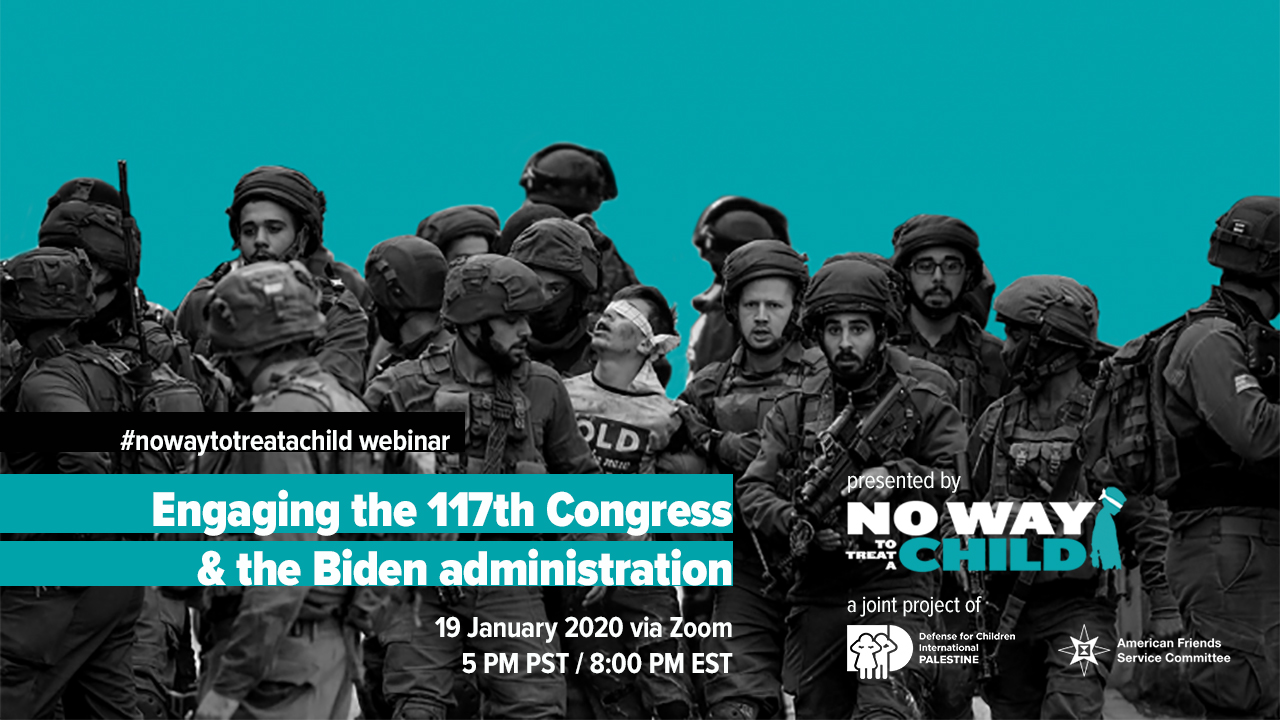 We will share updates, plans, and opportunities for engaging the 117th Congress and the incoming Biden administration to end Israeli military detention of Palestinian children.