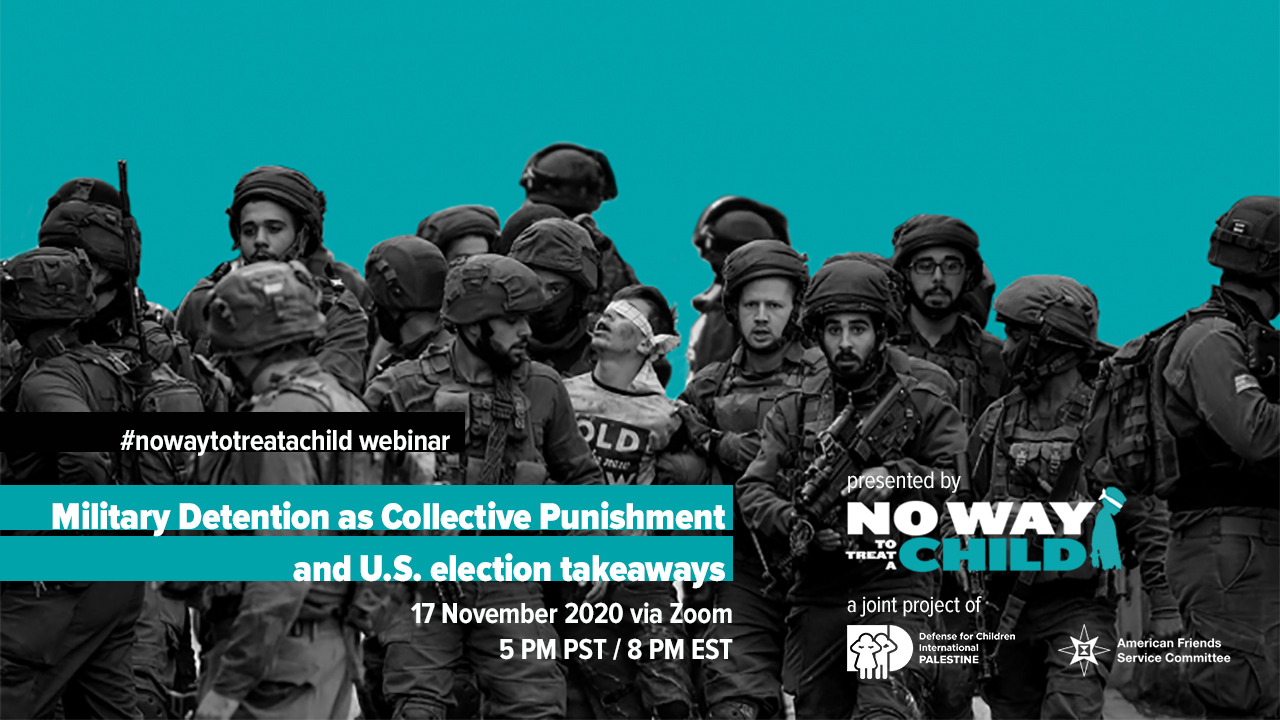 We will share military detention updates and takeaways from the recent U.S. elections and things to watch as we move into the 117th Congress in January 2021.

We will also discuss how Israeli military detention of Palestinian children amounts to collective punishment. We hope to save time to again debunk a few more opposition talking points.