Welcome to the No Way to Treat a Child team.

We are challenging Israel's military occupation by exposing widespread and systematic ill-treatment of Palestinian children in the Israeli military court system.

When it comes to children, detention must be used only as a measure of last resort and for the shortest appropriate period of time. In no circumstance should children be detained and prosecuted in a military court system.

How do I get involved? 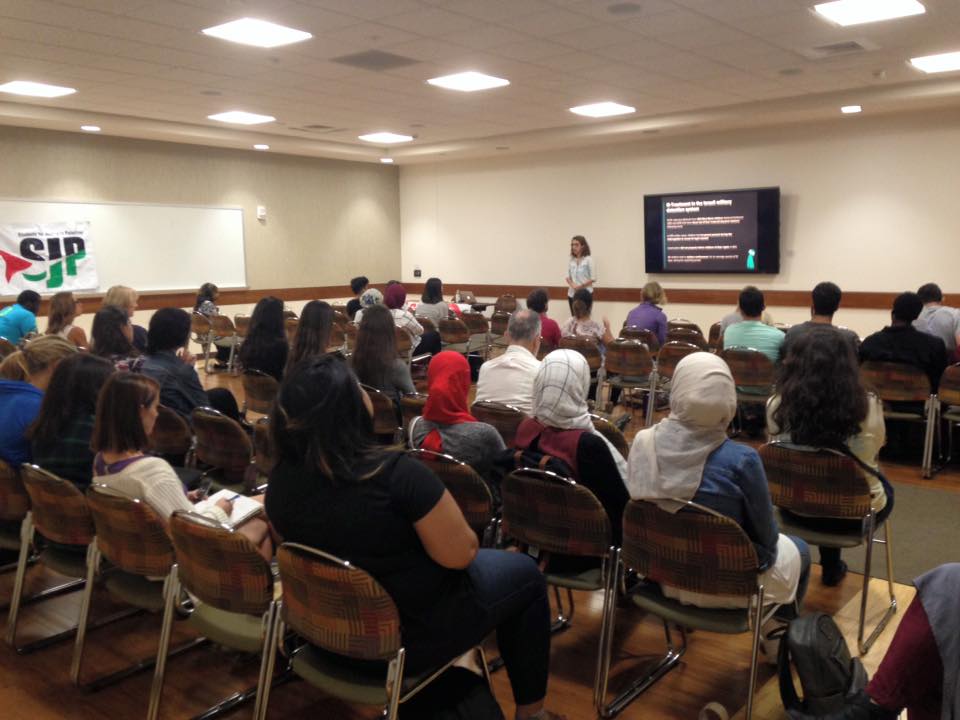 Contact us to get in touch with other activist working in your area, or to be the first to bring this issue to your community!

Check out all the resources you'll need in our Organizer's Toolkit

You can begin learning about the issue, screening videos, inviting speakers, hosting workshops and house parties, and getting involved in our legislative advocacy.

Read our story to learn about the campaign's roots.

What have we been up to? 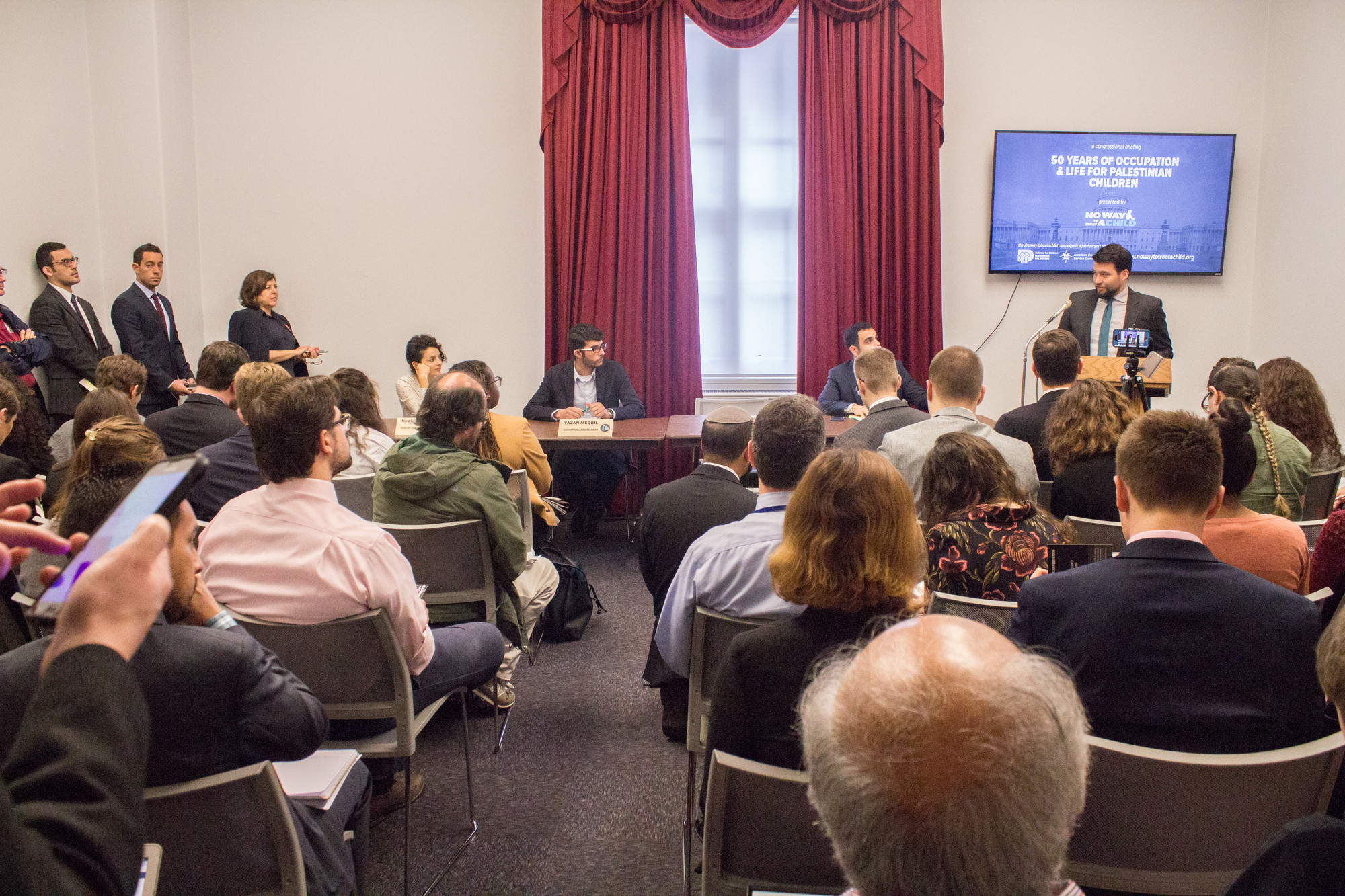 Staff from at least 36 congressional offices joined Defense for Children International - Palestine, American Friends Service Committee and other human rights advocates in June of 2017 for a congressional briefing on Palestinian children’s rights situation under half a century of Israeli occupation.

Representatives of Human Rights Watch, the Adalah Justice Project, DCIP, and more examined how daily violence and systemic discrimination affect the lives of Palestinian children. The briefing also featured testimony from Yazan Meqbil, a Palestinian teen who described growing up under occupation in the West Bank town of Beit Ummar, near Hebron.

In January 2017, we delivered a petition signed by over 11,000 people, putting the incoming Trump administration on notice: we demand the U.S. government prioritize the human rights of Palestinian children and hold Israeli authorities accountable for widespread and systematic ill-treatment and torture of Palestinian child detainees. Until we demand Israeli authorities comply with international law, the U.S. is enabling abuse and perpetuating injustice. 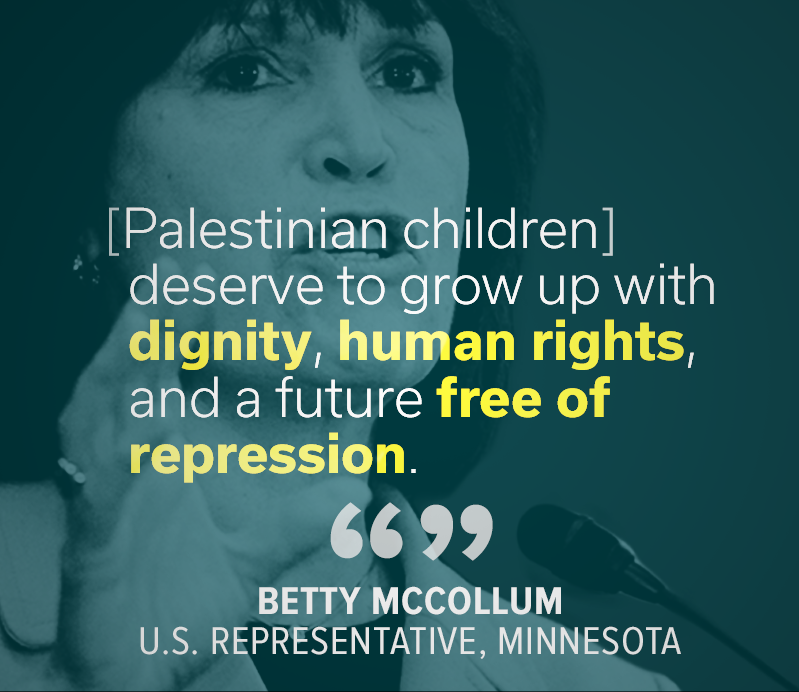 In June 2016, 20 members of Congress signed a letter urging president Obama to appoint a Special Envoy for Palestinian Children. Over 27,000 individuals wrote their representatives to move Congress toward concrete action demanding accountability.

A Special Envoy would promote greater respect for human rights, increase protections for Palestinian children, and aim to hold Israeli and Palestinian governments accountable to their obligations under international human rights law.

We celebrated one of our first major victories in June 2015, when 19 members of Congress signed a letter to U.S. Secretary of State John Kerry, urging him to prioritize the human rights of Palestinian children in Israeli military detention. This level of support from members of Congress on a Palestinian human rights issue was unprecedented and contained powerful language, noting that "Israel's military detention system targeting children is an anomaly in the world," and that ill-treatment of Palestinian children is "widespread, systematic and institutionalized" throughout the process.

On Capitol Hill: Briefing Congress on ill-treatment and torture

In early June, 2015, we held our first Congressional briefing on Capitol Hill. The panel featured remarks from Rep. Keith Ellison (D-MN) and Palestinian-American teen, Tariq Abu Khdeir, who described his experience in East Jerusalem during the summer of 2014, when Israeli border police arrested him and beat him unconscious. Over 100 attendees packed the room including staff from at least 30 Congressional offices, media, and members of the general public.

What's your next step?

Check out all the resources you'll need in our Organizer's Toolkit, then reach out to us to talk more about how you can support the campaign.