Members of Congress on November 14, 2017 introduced H.R. 4391, a bill prohibiting U.S. financial support of abuses against Palestinian children in the Israeli military detention system, putting violations under the magnifying glass of U.S. taxpayers.

» For updates on the bill, go to http://bit.ly/2mvSxxb

The Promoting Human Rights by Ending Israeli Military Detention of Palestinian Children Act seeks to promote justice, equality and human rights by ensuring that United States financial assistance provided to the Government of Israel is not used to support the detention of Palestinian children by Israeli forces in a military detention system where ill-treatment is widespread and institutionalized; or their prosecution in a military court system that has been found to lack basic fair trial protections and guarantees.

H.R. 4391 requires the Secretary of State to certify annually that none of the funds obligated or expended in the previous fiscal year by the United States for assistance to the Government of Israel have been used to support the ill-treatment of Palestinian children in violation of international humanitarian law or to support the use against Palestinian children of any of the following practices:

It requires the Secretary of State to certify to the Committee on Appropriations of the House of Representatives and the Committee on Appropriations of the Senate that no funds have been used by the Government of Israel to support personnel, training, lethal materials, equipment, facilities, logistics, transportation or any other activity that supports the practices listed in the bill.

If such a certification cannot be made, the Secretary must transmit a report to each committee describing in detail the amount of funds used by the Government of Israel in violation of the specific prohibitions noted in the legislation and each activity supported by such funds.

The findings provisions in the bill, based on persistent and credible evidence-based reports from UNICEF, Human Rights Watch, and others, establish that ill-treatment of Palestinian children by Israeli forces is widespread, systematic and institutionalized from the moment of arrest in the Israeli military detention system.

Why is this legislation needed?

Instead of growing up with a law-based, negotiated settlement founded on universal human rights principles, justice and respect for human dignity; Palestinian youth have had their futures stifled and suppressed by systemic discrimination, settlement expansion, and a military occupation with no end in sight where impunity is the norm.

Israel has the dubious distinction of being the only country in the world that systematically prosecutes between 500 and 700 children each year in military courts that lack fundamental fair trial rights and protections.

Ill-treatment of Palestinian children arrested by Israeli forces in the occupied West Bank has been widely documented. In 2013, UNICEF released a report titled Children in Israeli military detention: Observations and recommendations. The report concluded that “ill-treatment of children who come in contact with the military detention system appears to be widespread, systematic and institutionalized throughout the process, from the moment of arrest until the child’s prosecution and eventual conviction and sentencing.”

Subsequent UNICEF reports show that widespread ill-treatment of Palestinian children detained by Israeli forces is the norm rather than the exception. 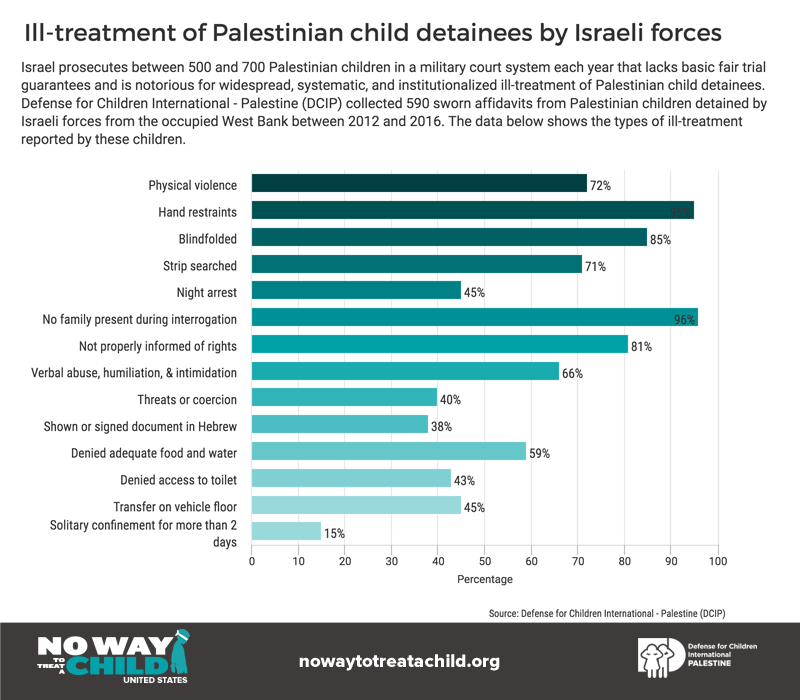 International juvenile justice standards, which Israel has obliged itself to implement by ratifying the UN Convention on the Rights of the Child (CRC) in 1991, demand that children should only be deprived of their liberty as a measure of last resort, must not be unlawfully or arbitrarily detained, and must not be subjected to torture and other cruel, inhuman or degrading treatment or punishment.

Despite sustained engagement by UNICEF and repeated calls to end night arrests and ill-treatment and torture of Palestinian children in Israeli military detention, Israeli authorities have persistently failed to implement practical changes to end violence against child detainees.

In a military detention system where fair trial guarantees are denied and nearly three out of four Palestinian children experience some form of physical violence after arrest, failing to demand Israeli authorities comply with international law simply works to enable abuse and perpetuate injustice against Palestinian children.

Click here to tell your lawmaker to support H.R. 4391 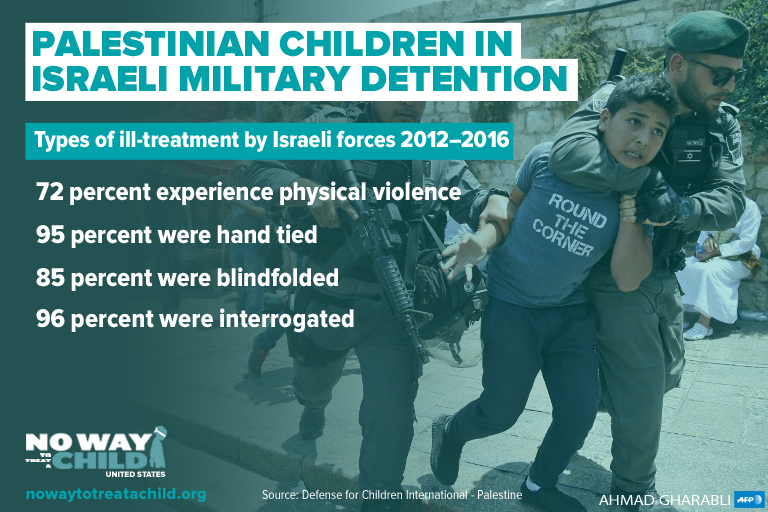 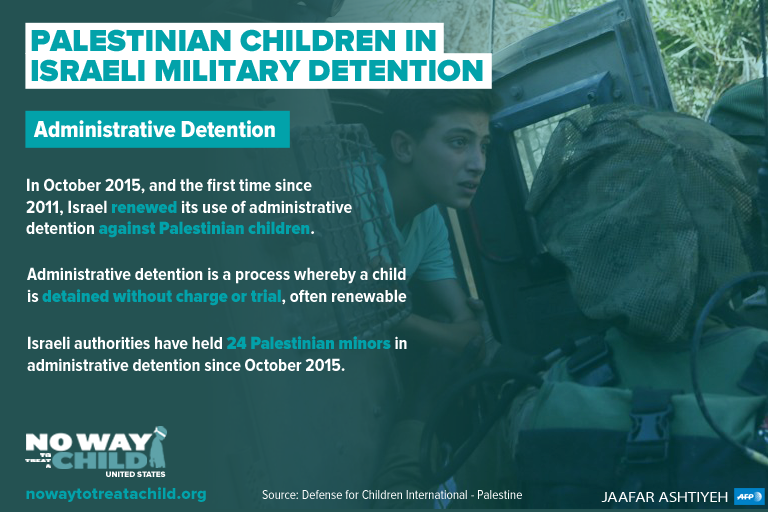