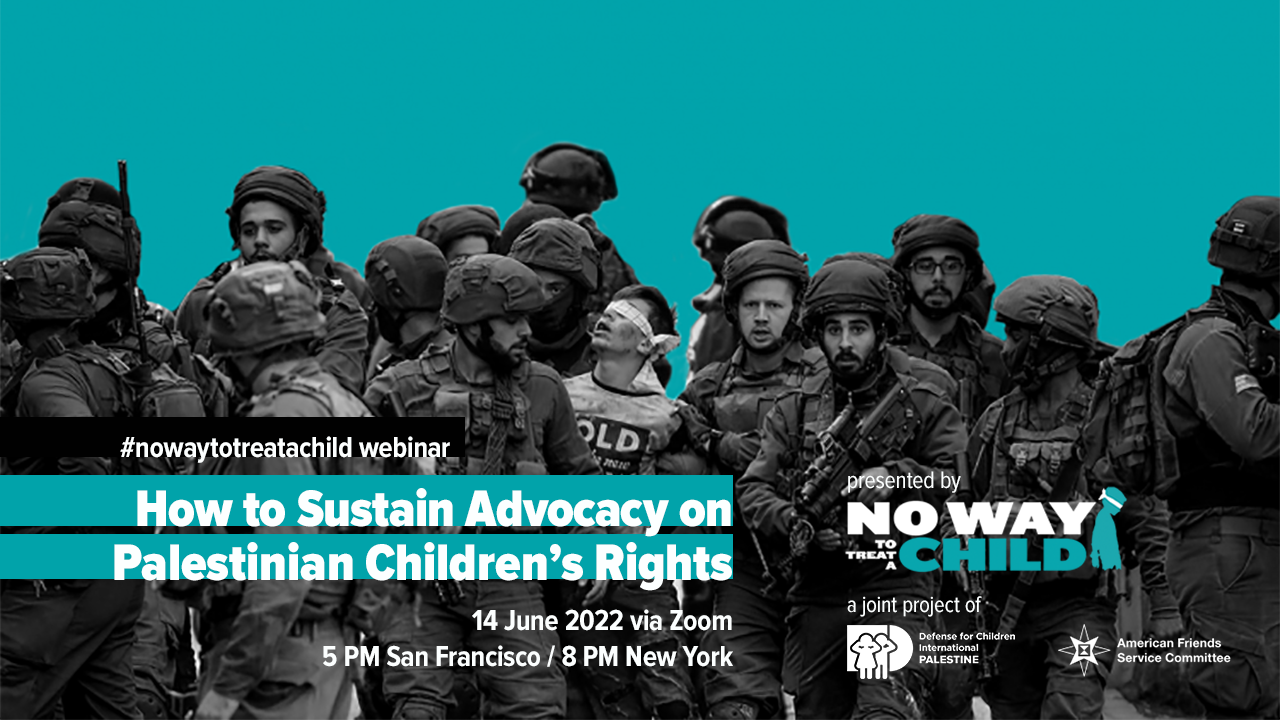 The webinar will share updates on Palestinian children's human rights, including updates on Palestinian children who have been detained, killed, used as human shields, and had their homes demolished by Israeli authorities. We'll also discuss how to approach our advocacy work in the long term to ensure it is sustainable while keeping grassroots supporters and elected officials engaged.