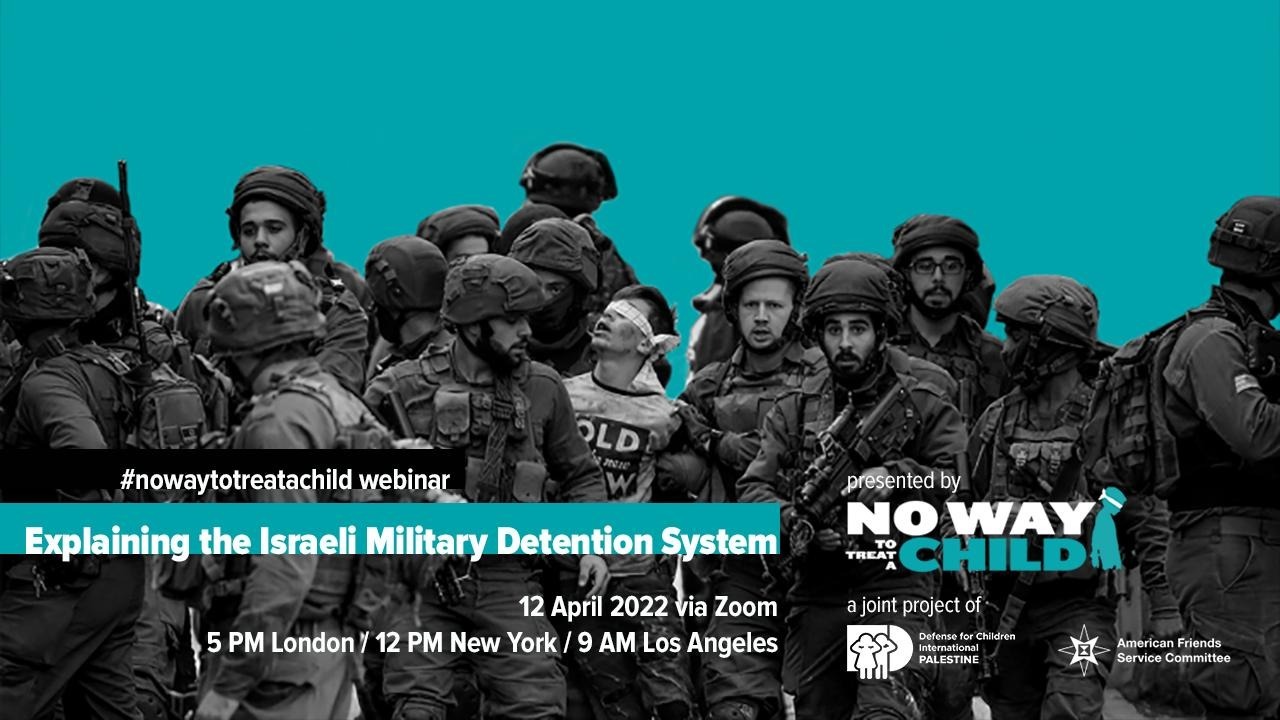 Prepare for Palestinian Prisoners' Day by joining the #nowaytotreatachild campaign co-leaders from Defense for Children International - Palestine and American Friends Service Committee for a webinar on April 12 at 5 p.m. London / 12 p.m. Eastern / 9 a.m. Pacific time. The webinar will feature a detailed legal analysis of the Israeli military detention system, where 500 to 700 Palestinian children are arrested, prosecuted, and imprisoned every year. We'll dive into DCIP's data documenting the ill-treatment and torture of Palestinian children in the Israeli military detention system. We will also share how advocates around the world are working to end this cruel system and call for accountability for Palestinian children, and how you can take action on Palestinian Prisoners' Day, April 17.