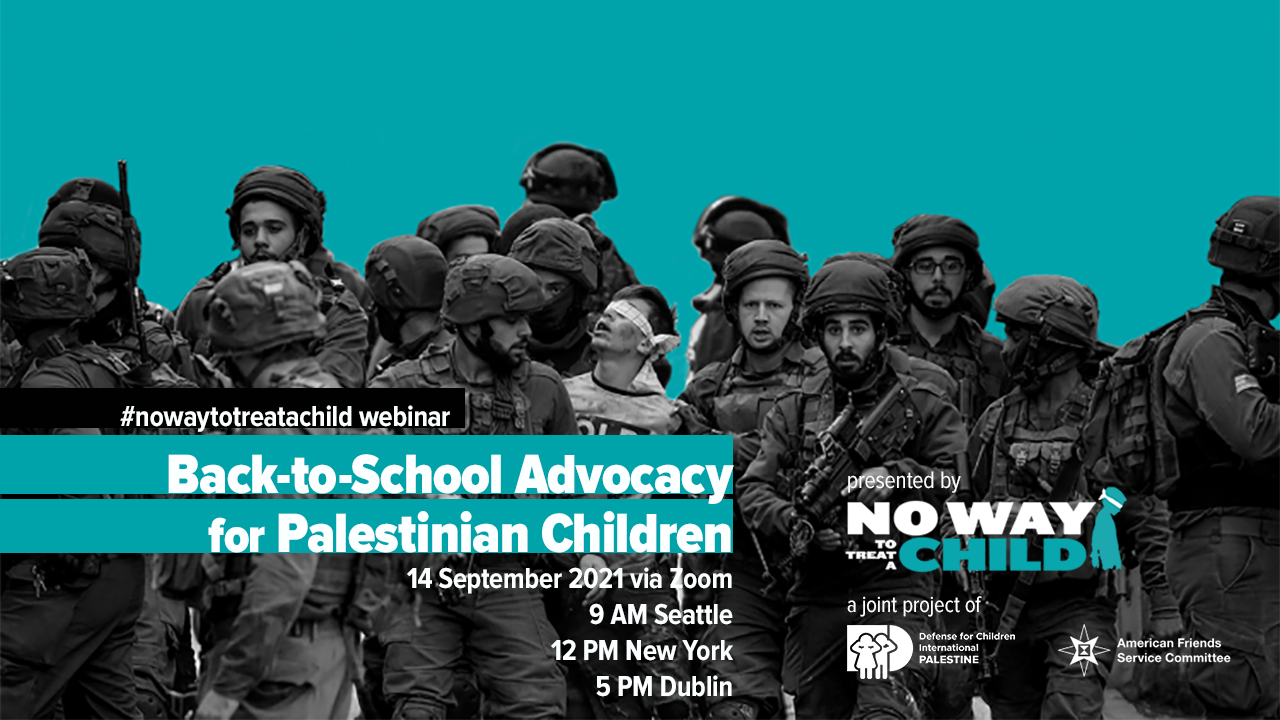 Please join #nowaytotreatachild campaign co-leaders from Defense for Children International - Palestine and American Friends Service Committee for a webinar on September 14 at 12 p.m. Eastern / 9 a.m. Pacific Time. We will share updates about Palestinian children and families who are being violently targeted by Israeli settlers illegally living in the occupied West Bank, H.R. 2590, and advocacy efforts to promote the human rights of Palestinian children.

We'll be joined by special guests from Sadaka - The Ireland Palestine Alliance who will share their strategy behind their Different Back to School Run campaign in Ireland, which is active from August 23 to September 6. They'll share the strategy behind the campaign, the impact it made, and the different tactics they used to bring attention to the violence Palestinian children face during their education.