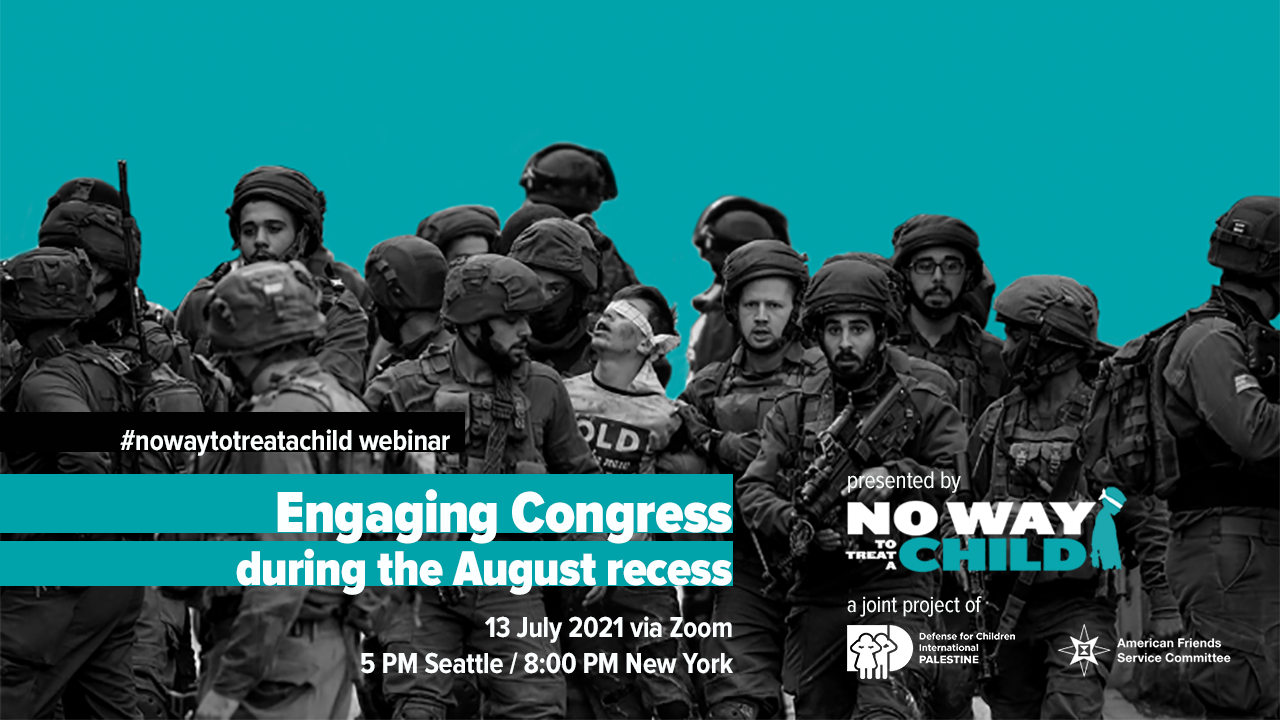 Please join #nowaytotreatachild campaign co-leaders from Defense for Children International - Palestine and American Friends Service Committee for a webinar on July 13 at 8 pm Eastern / 5 pm Pacific Time. We will share updates about Palestinian children and families who are being violently targeted by Israeli settlers illegally living in the occupied West Bank, H.R. 2590, and advocacy efforts in the U.S. to promote the human rights of Palestinian children. Since Congress will be in recess during the month of August, we'll share tips for engaging your lawmaker about Palestinian human rights while they're home in district.