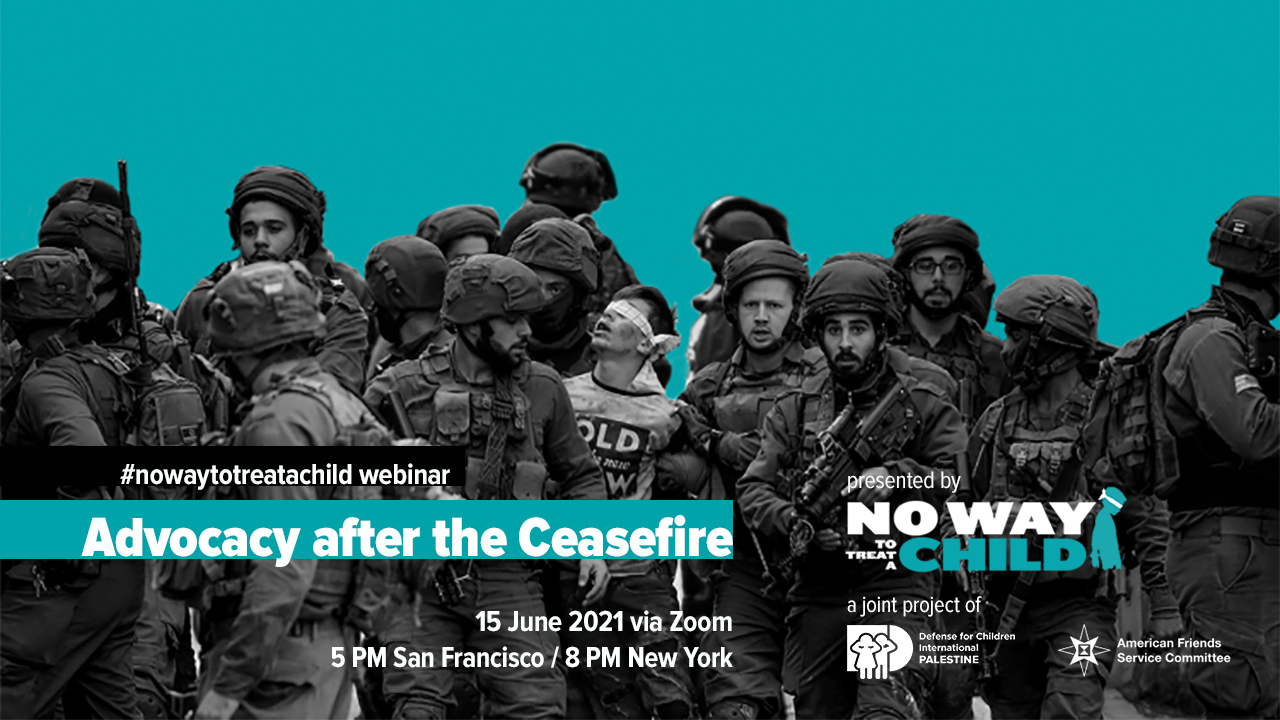 Please join #nowaytotreatachild campaign co-leaders from Defense for Children International - Palestine and American Friends Service Committee for a webinar on June 15 at 8 pm Eastern / 5 pm Pacific Time. We will focus on the public response to Israel's bombardment of the Gaza Strip in May. Now that a ceasefire has been reached, we will discuss what's next for our movement's advocacy goals and how you can support by advocating for Palestinian children and families. We'll also share updates on H.R. 2590 and U.S. arms sales to Israel.