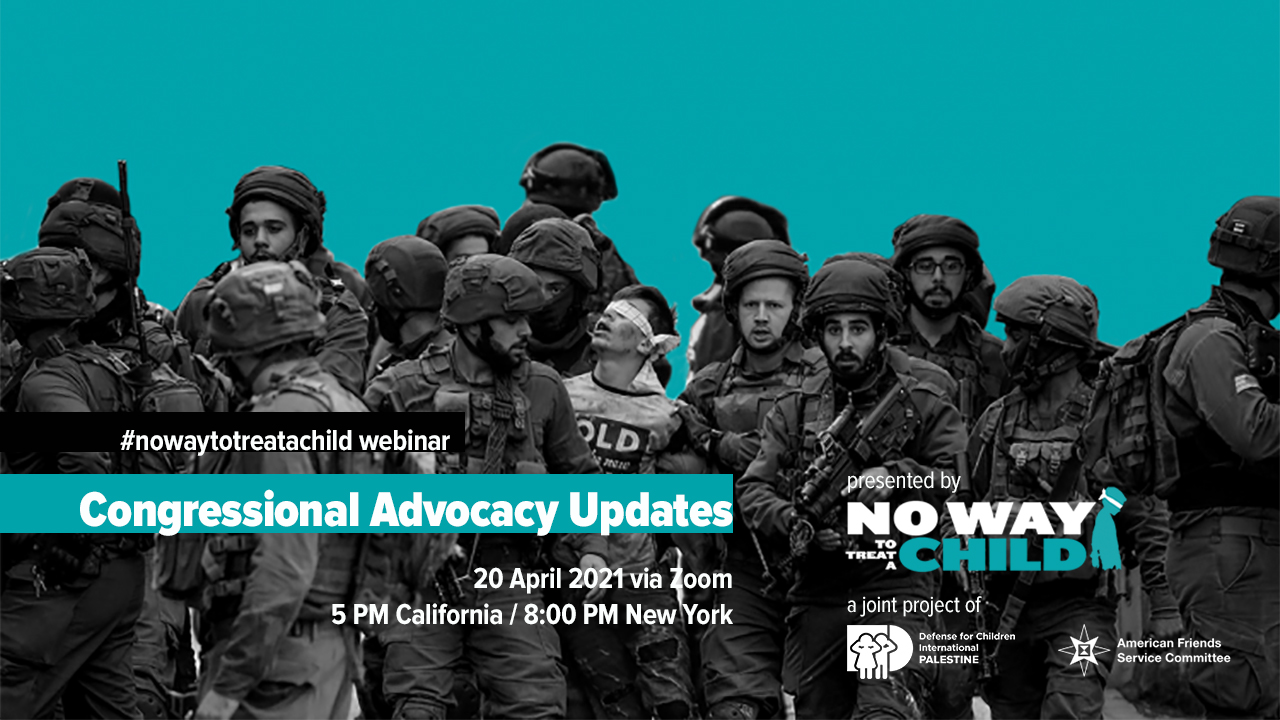 Please join #nowaytotreatachild campaign co-leaders from Defense for Children International - Palestine and American Friends Service Committee for a webinar on April 20 at 8 pm Eastern / 5 pm Pacific Time. We will share an overview of H.R. 2590, Rep. Betty McCollum's new bill focusing on Palestinian rights, and share opportunities for you to advocate for this bill.