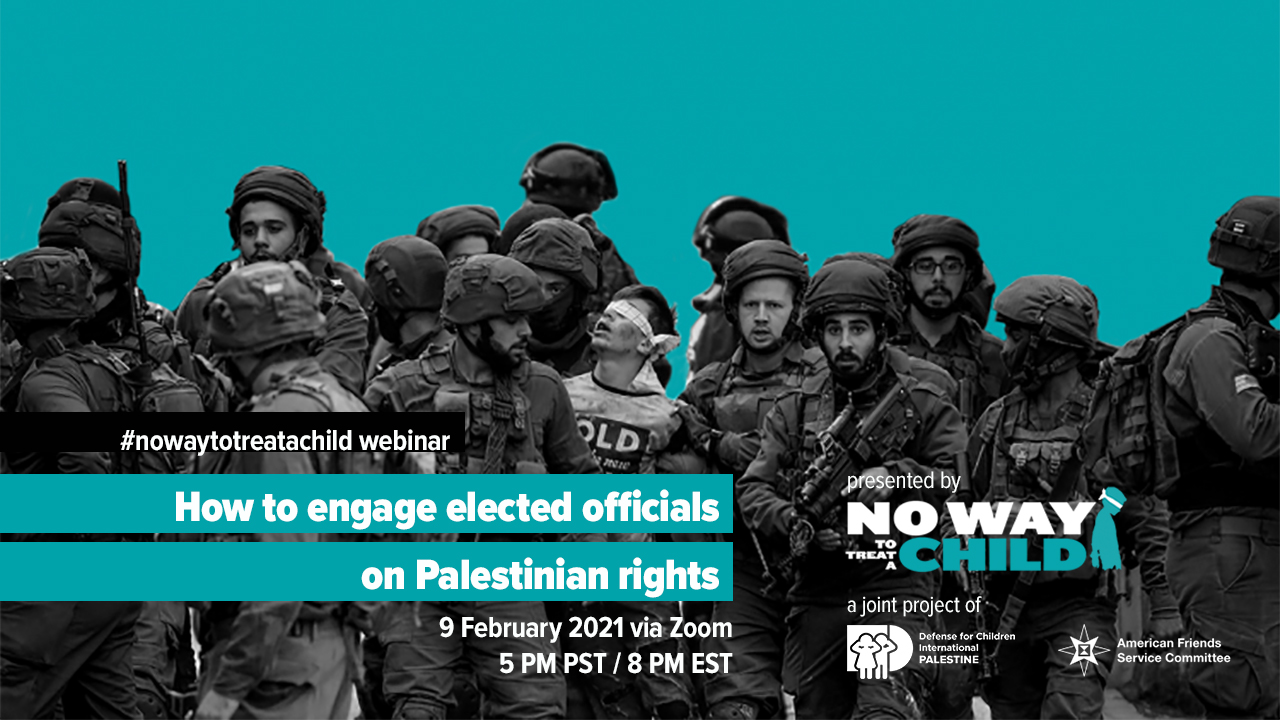 We will share best practices and tips on how to effectively engage with elected officials to end the Israeli military detention of Palestinian children.