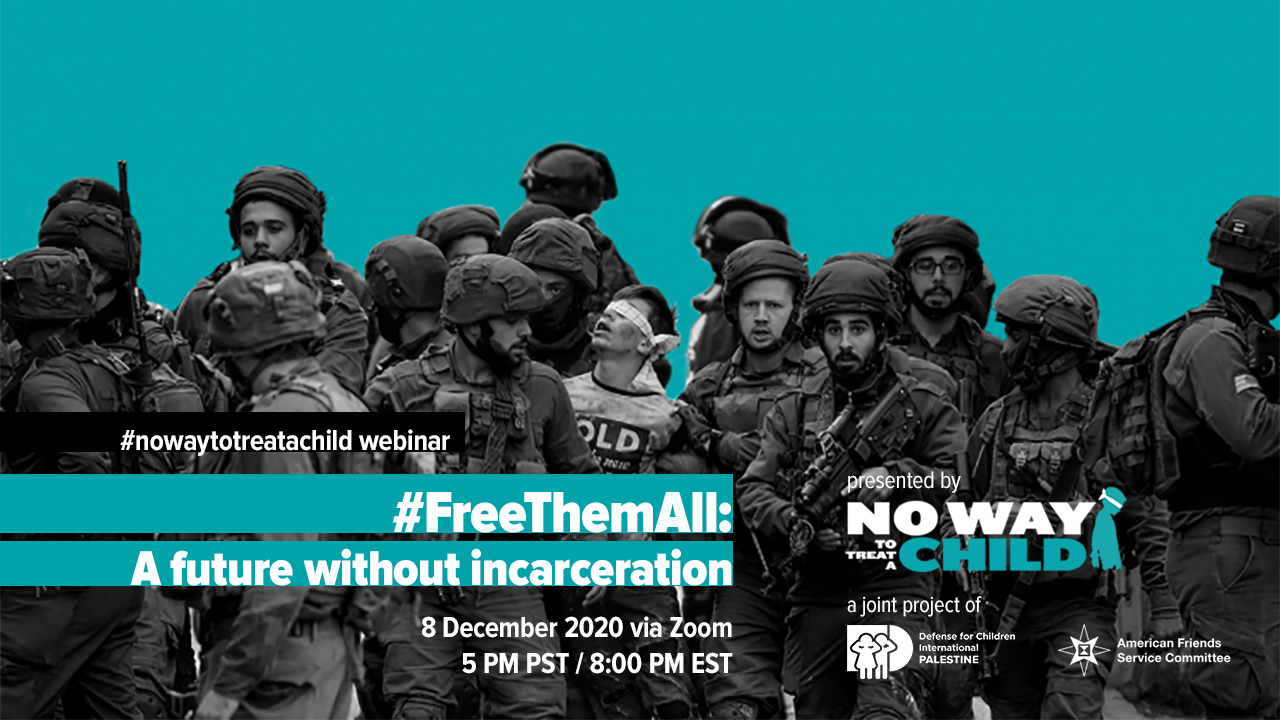 We will connect our #nowaytotreatachild efforts with work in the United States to release people from prisons, jails, and detention centers—and move toward a future without incarceration.

Everyone deserves dignity and justice. But in the United States, 2.3 million people are locked away in prisons, jails, and detention centers, where they are subject to civil and human rights violations and a lack of access to adequate health care.

Immigration activists, prison abolitionists, and those calling to defund the police are organizing across the country under the call to #FreeThemAll.

AFSC, partners, and communities across the U.S. are coming together between December 10 and December 18 for AFSC's National Days of Action to #FreeThemAll. During the days of action, AFSC will hold protests at prisons, jails, detention centers, ICE offices, state houses, and city halls to demand the immediate release of people from incarceration.

For this webinar, we'll be joined by the special guests below to learn more about the underlying issues and urgent need for action.