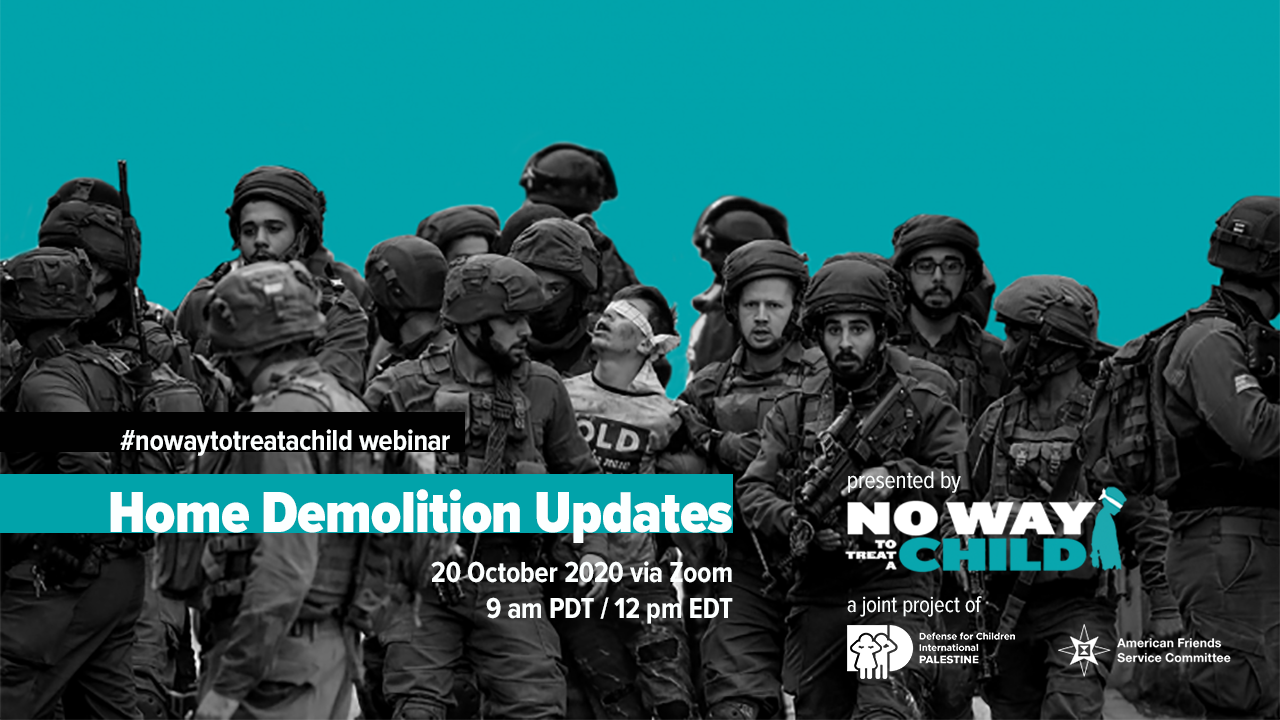 Please join #nowaytotreatachild campaign co-leaders from Defense for Children International - Palestine and American Friends Service Committee for a webinar on October 20 at 9 am PDT / 12 pm EDT.

We will share military detention updates, including the situation with COVID-19 in Israeli prisons and detention centers.

We will also highlight increasing home demolitions against Palestinian families documented by Defense for Children International - Palestine. We will debunk a few more opposition talking points, too.