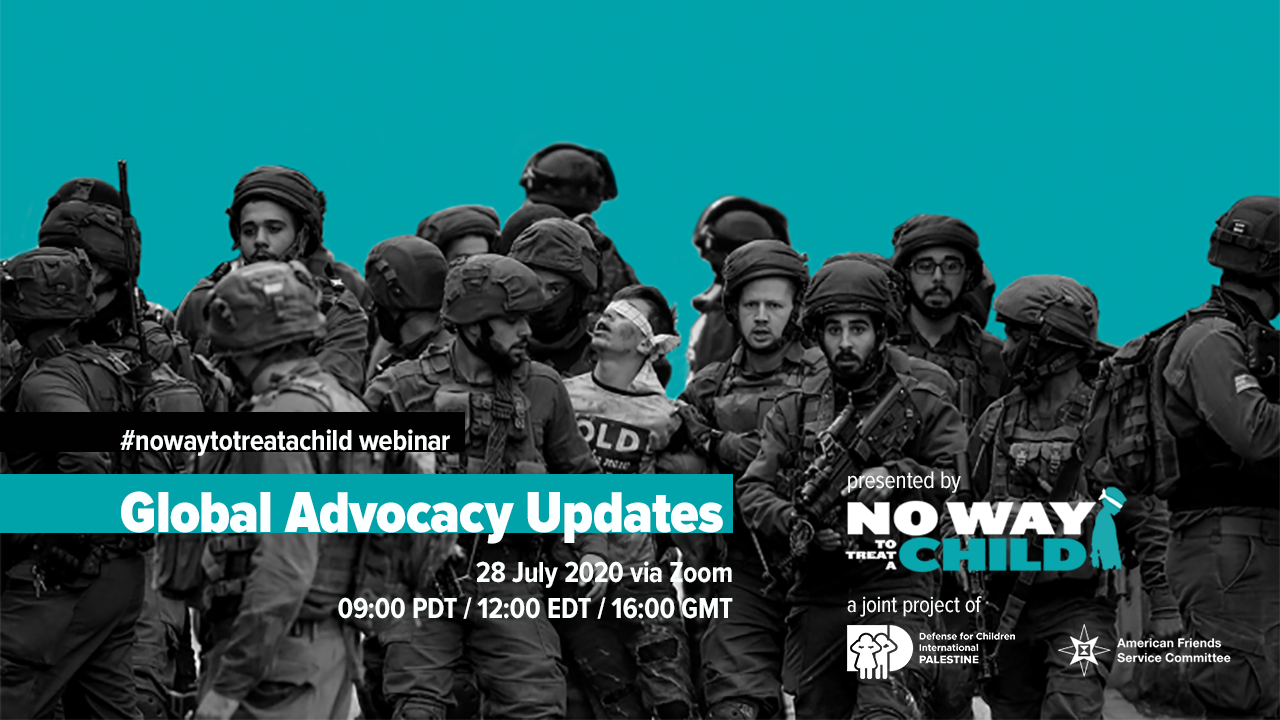 Please join #nowaytotreatachild campaign co-leaders from Defense for Children International - Palestine and American Friends Service Committee for a webinar on July 28 at 9 am PDT / 12 pm EDT / 4 pm GMT. We will share updates on global advocacy to end Israeli military detention of Palestinian children, including renewed efforts in Canada and the United Kingdom.