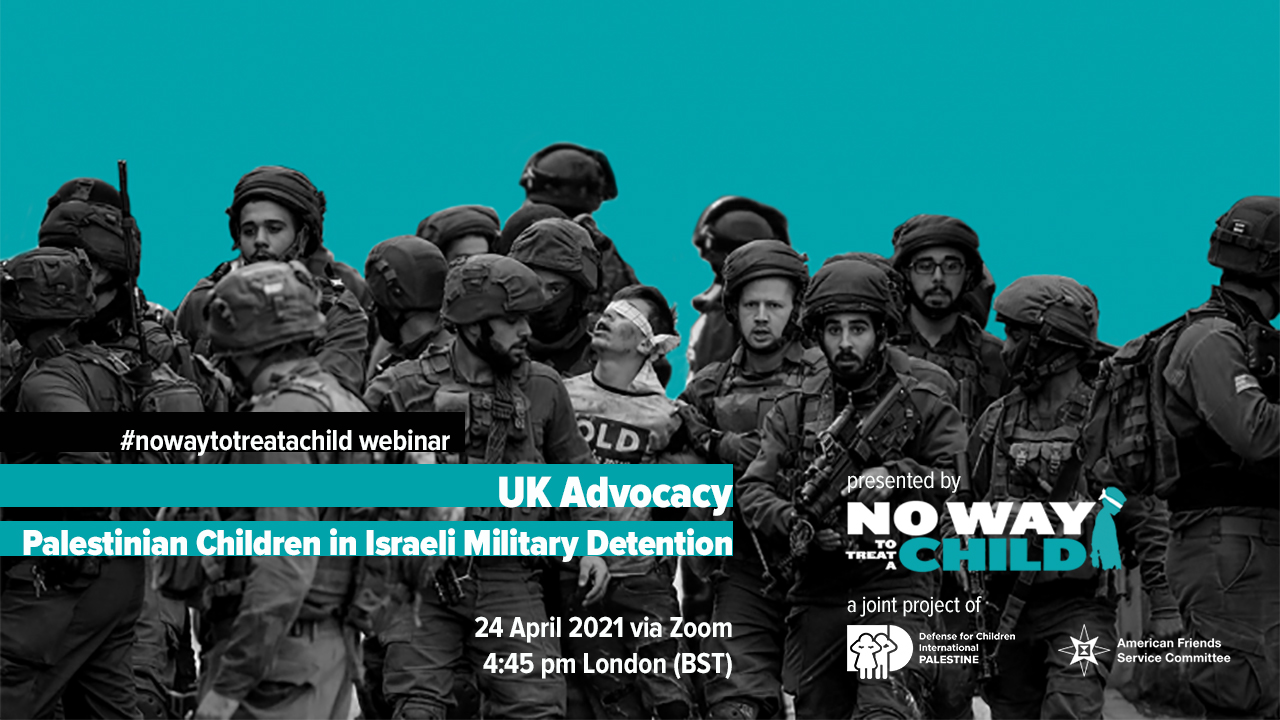 Please join Defense for Children International - Palestine, one of the co-leaders of the #nowaytotreatachild campaign, for a webinar on April 24 at 4:45 pm BST to discuss DCIP's latest research and analysis on the situation of Palestinian children in Israeli military detention and learn how you can advocate for Palestinian children's rights in the UK. The webinar will feature performances by Palestinian students at the Edward Said National Music Conservatory at the beginning and conclusion of the event.