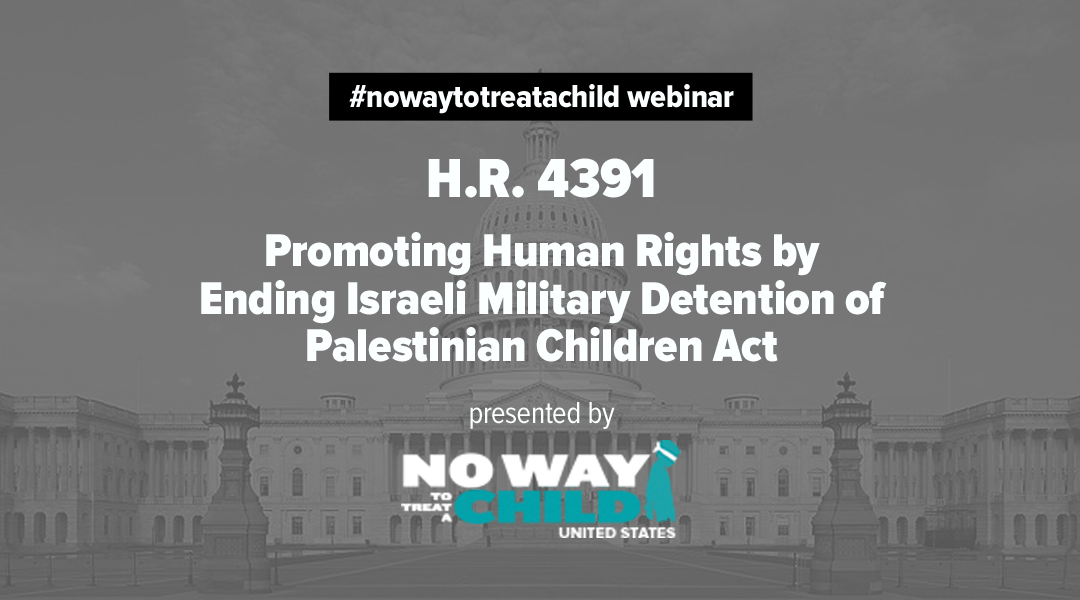 On November 14, 2017, lawmakers introduced the first-ever bill on Palestinian human rights in Congress, something the #nowaytotreatachild team has been working toward over the past several months.

Join #nowaytotreatachild campaign co-leaders, Brad Parker and Jennifer Bing, for a webinar on February 27 at 5 pm PT / 8 pm ET for updates on the bill and the situation on the ground for Palestinian child detainees. We'll also be launching a new action that we are excited to share with you!

The bill, H.R. 4391, is titled the Promoting Human Rights by Ending Israeli Military Detention of Palestinian Children Act and was introduced by Rep. Betty McCollum (D-MN) with nine additional co-sponsors. It prohibits U.S. tax dollars from supporting human rights violations against Palestinian children during the course of Israeli military detention.

H.R. 4391 requires the Secretary of State to certify annually that no funds obligated or expended in the previous year by the United States for assistance to Israel have been used to support the ill-treatment of Palestinian children detained by Israeli forces from the occupied West Bank.

For this webinar, we will be using the Zoom platform. Additional instructions and details for joining the webinar will be shared with individuals that have RSVP'd.