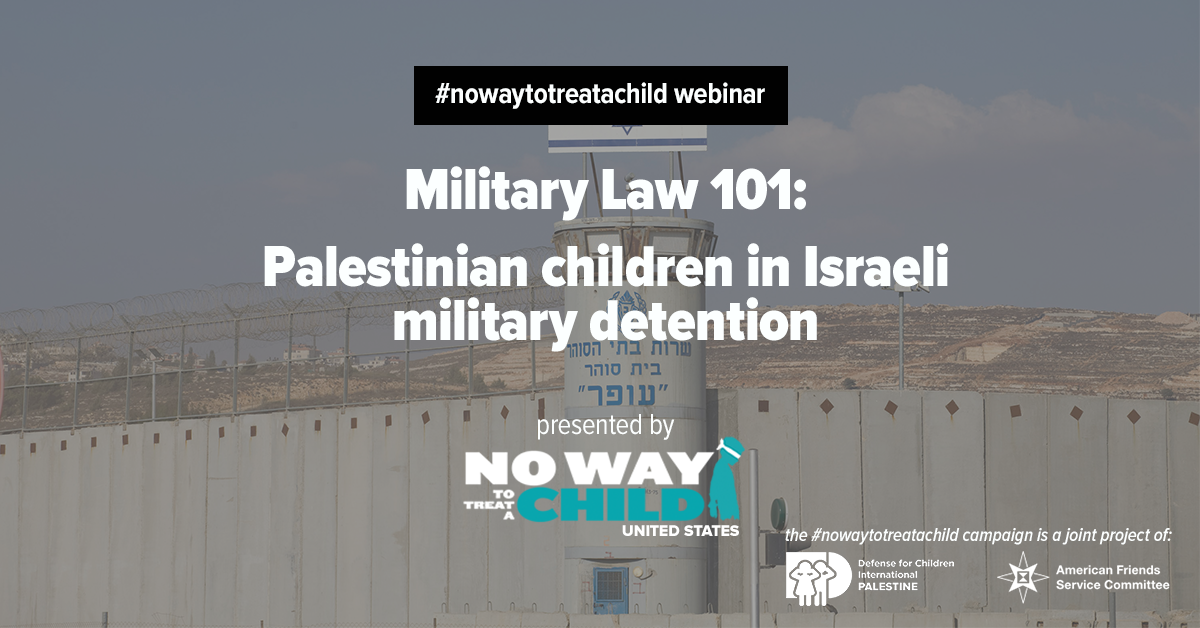 Please join #nowaytotreatachild campaign co-leaders from Defense for Children International - Palestine and American Friends Service Committee for a webinar on June 30 at 8 pm ET / 5 pm PT. We will share updates on the situation of Palestinian children in Israeli prisons and provide an overview of the Israeli military law framework. We will highlight how the Israeli military law and military court system fail to ensure or guarantee fundamental human rights.

While generally applicable, H.R. 2407 seeks to promote justice, equality, and human rights by ensuring that U.S. financial assistance provided to the Government of Israel is not used to support widespread and institutionalized ill-treatment against Palestinian children detained by Israeli forces and prosecuted in Israeli military courts lacking basic fair trial protections.

Join us for more information on the bill and updates on how you can get involved in congressional advocacy in support of Palestinian human rights.