On April 3, 18 members of a Canadian Parliament delegation met with 16-year-old Fawzi al-Juneidi, a Palestinian boy detained by Israeli forces on December 7, 2017 in the occupied West Bank city of Hebron. Fawzi’s detention was caught on video and an image of him bound, blindfolded, bruised and surrounded by around 20 Israeli soldiers went viral on social media. Fawzi shared his experience of detention, interrogation, and prosecution in the Israeli military detention system. The meeting occurred in the occupied West Bank city of Ramallah at the Palestine Red Crescent Society headquarters.

Fawzi recounted to the group that by the time he arrived to interrogation, one of his shoes had been kicked off and he had been repeatedly beaten and verbally abused for nearly two hours.

“When I arrived at the checkpoint, I remember my face bleeding, mostly my lips because of the beating. They took me to a room, knocked me down to the floor and began kicking me all over my body,” Fawzi told the group of lawmakers.

Representatives of Defense for Children International - Palestine also briefed the group. DCIP lawyer Farah Bayadsi, who defended Fawzi in the Israeli military court system, highlighted the systemic due process denials that are the norm for Palestinian children detained by Israeli forces, including no right to counsel during interrogation. 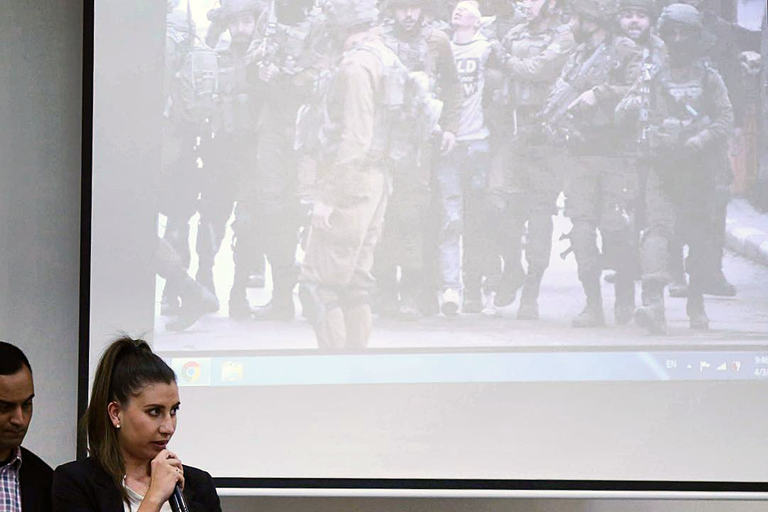 Bayadsi told how Fawzi complained of extreme pain in his right shoulder, prompting her to demand a medical check-up on December 25, 2017 that confirmed a fractured shoulder sustained during his arrest.

DCIP collected affidavits from 137 West Bank children detained and prosecuted under the jurisdiction of Israeli military courts in 2017. The data shows that 74.5 percent of children endured some form of physical violence following arrest and 62 percent were verbally abused, intimidated, or humiliated.

Here are the 18 members of Parliament that participated in the delegation: